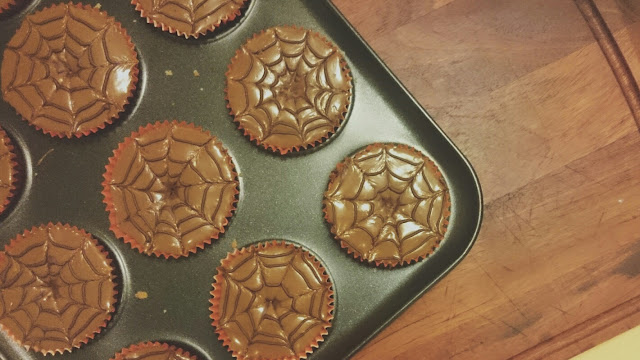 A little something for the squad at work. They turned out so much better than I hoped they would. I did make some little chocolate spiders which I popped on top, but didn't photograph stupidly.

Method
1. Preheat the oven to 160. Prepare two cupcake trays with cases.
2. Put the flour, salt and sugar in a bowl. Add the butter in small pieces. In a separate bowl, mix the eggs, buttermilk and vanilla using a fork. Add the to the flour mix and beat using an electric hand mixer until everything is combined, thick and smooth.
3. Divide the mixture into the cases, filling them about half or two thirds full. They will rise in the oven but there still needs to be room for icing! Bake for 15 minutes, turning half way through to ensure an even colour and rise.
4. Meanwhile, make the caramel icing. Set 50g of the butter to one side. Put the remaining butter in a pan with the muscavado sugar and cream. Heat until the butter has melted, bring to the boil and then reduce the heat and simmer. Pour into a bowl and gradually beat in the icing sugar using an electric mixer until combined and nearly cooled. Add the butter and salt and mix. Leave to cool until needed.
5. Level the top of the cakes with a sharp knife. Cover the tops with the caramel icing.
6. Gently melt the chocolate and put into a piping bag with a no.2 nozzle. Pipe a spiral on top of all the cupcakes. Using a toothpick or skewer, drag from the centre to the edge to create a cobweb pattern.

If you make spiders, melt more chocolate and pipe on to greaseproof paper. Leave to cool, peel off and pop on top of your finished cakes! X Bo 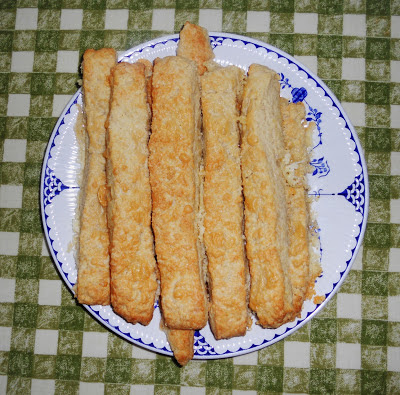 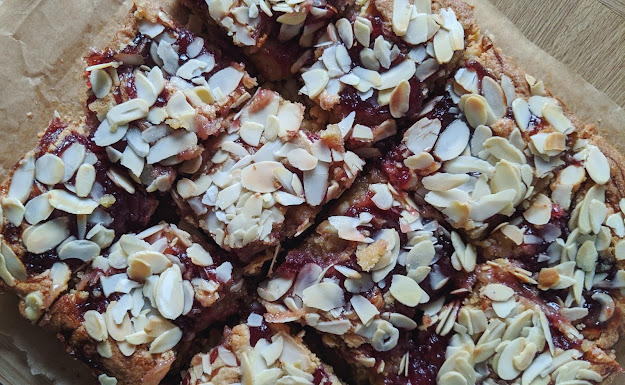 Yesterday afternoon, I was in need of a slow, calm bake. I'd had a busy couple of weeks and just wanted to spend some time, weighing out my ingredients and methodically working through a recipe. I find it really helps me when I'm feeling anxious or overwhelmed. I'd had this recipe from Jane's Patisserie saved as one I wanted to try, so thought it would be perfect day to do it.  I have adapted the original recipe slightly. The original recipe has 250g butter, 1 tsp of almond extract, 250g jam and 50g flaked almonds which worked well when I first made them. But, when I've made them since, I use 1/2 tsp almond extract as the flavour is so strong. I use less jam on top as using the full 250g made them too sickly sweet. I think about 3 tablespoons would be plenty, swirled through the mixture. And, depending on how nutty about nuts you are, you could use less flaked almonds on top. Let me know if you give this a go!  Ingredients:  200g butter (melted) 125g granulated sug
Read more 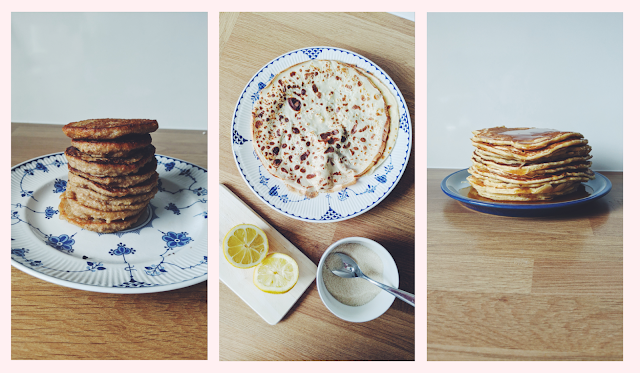